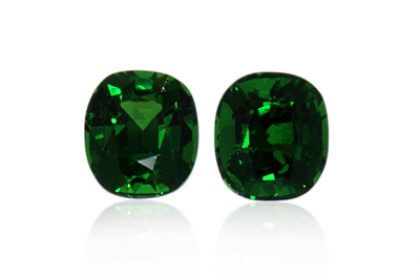 If you’re a reader of mine you likely know by now, that I’ve been working to institute Virtual Private Shows as an industry standard.

A month ago, in the middle of the night, the answer to a desperate question became clear.

We were in the midst of the greatest challenge of a generation, and I realized that to help save a greatly suffering industry, that we would have to innovate, and do it fast.

I had considered experimenting with online gem shows in the past, but back then, it seemed to be just a nice idea. Yet, all of a sudden mass lockdowns and social distancing forced us, with our backs up against the wall, to think differently. So I began to conduct, virtual gemstone events. These are simply an online version of the in-store events, that we have been successfully conducting for 20 years.

A month later, I can confidently say that this experiment has become a huge hit! I’m proud to say that within the past month my clients and I have managed to sell well over 70K in gemstones and the end purchaser is wanting more!

Proof of platform has been established; these virtual private events have proven themselves for me and my pioneering clients.

Speaking of industry alternatives and innovation, I’d like to bring you a brilliant alternative to emerald.  After discussing the go-to green gem last week, it’s only fair to introduce an upcoming contender for title of green king. Say hello to the exotic, green garnet.

Unlike the resin and oil treated emerald, green garnets are completely natural and untreated. Plus one of the varieties, demantoid garnet is can be so bright that its sparkle rivals that of a diamond. 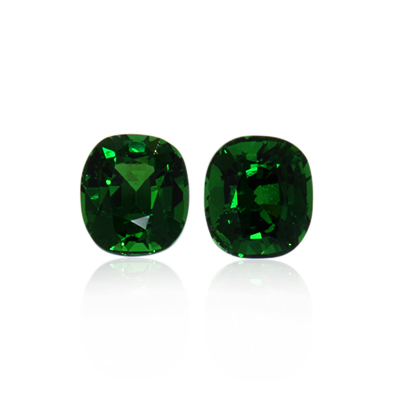 Since I’ve chosen to feature Green Garnet this week, below in this letter are three very fine, Green Garnet for you to enjoy. Or if you would just like to proceed to our website and see a few examples of what we have in stock, then simply follow the link below.

After naming it for Tsavo West National Park in costal Kenya, Tiffany & Co. played an important role on tsavorite’s road to prominence as they launched a 1974 marketing campaign around the gem. Ever since this gem has been growing in demand, and the reasons are clear once you see the luster and brilliance of tsavorite garnet. It’s been said to be slightly brighter than Emerald with a somewhat metallic hue.

This exceedingly rare gem, 200 times more rare than Emerald, has also been found in Kenya and Madagascar. Tsavorite is actually the intense green variety of the broader grossularite garnet family. The other grossularite green garnet that we will be mentioning below, is mint garnet, an equally beautiful gem with a slightly lighter green hue.

This week I’m featuring three beautiful green garnets. While tsavorite garnet is the main feature of today’s article, there are two other green garnet types that deserve mention. Firstly, as mentioned above, there is mint garnet, a close relative to tsavorite, but with a slightly lighter saturation of green. Then there is demantoid garnet, the most valuable and rare of all garnets. Demantoid garnet is actually a member of the andradite garnet family and it can be so bright that it will often display visible dispersion, just like a diamond.

Check out the three examples below. I selected these because of their incredible beauty and sparkle. 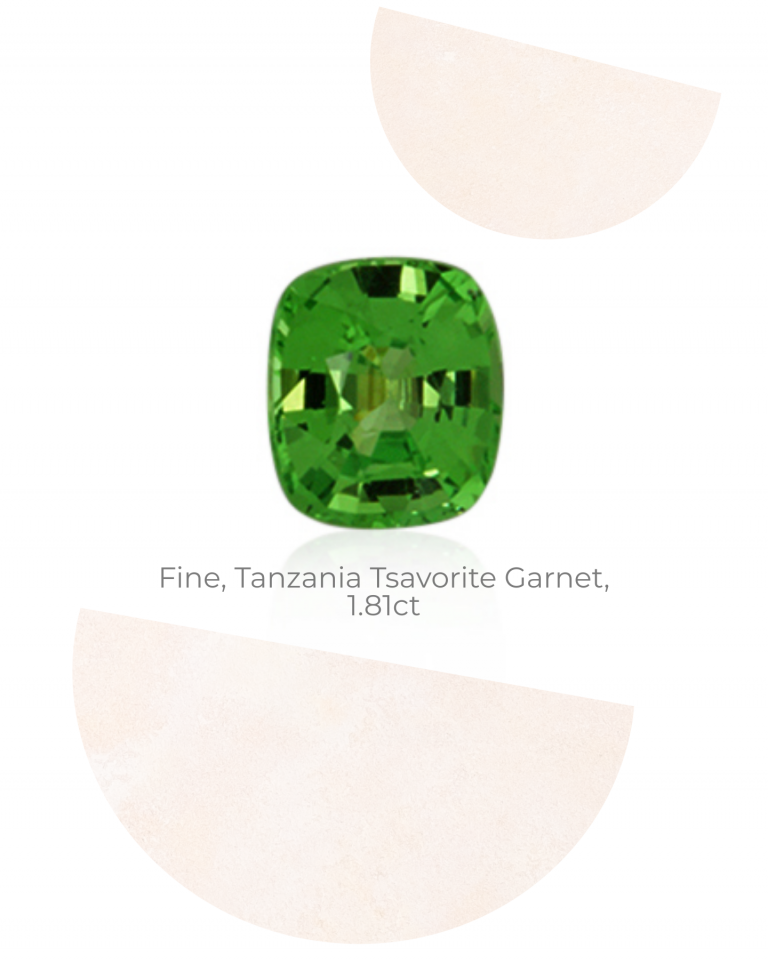 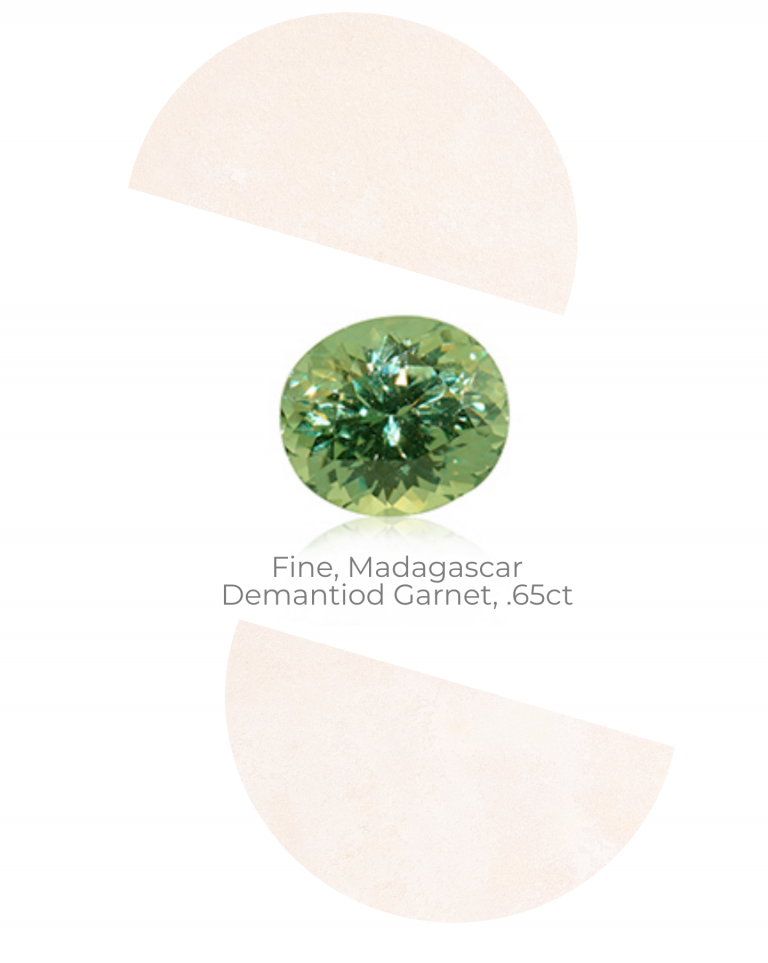 With visible dispersion like a diamond, this small but lustrous demantiod garnet is undeniable in it’s brilliance. This quality gem is perfect to accent a larger piece or to adorn more subtle modern style jewelry. 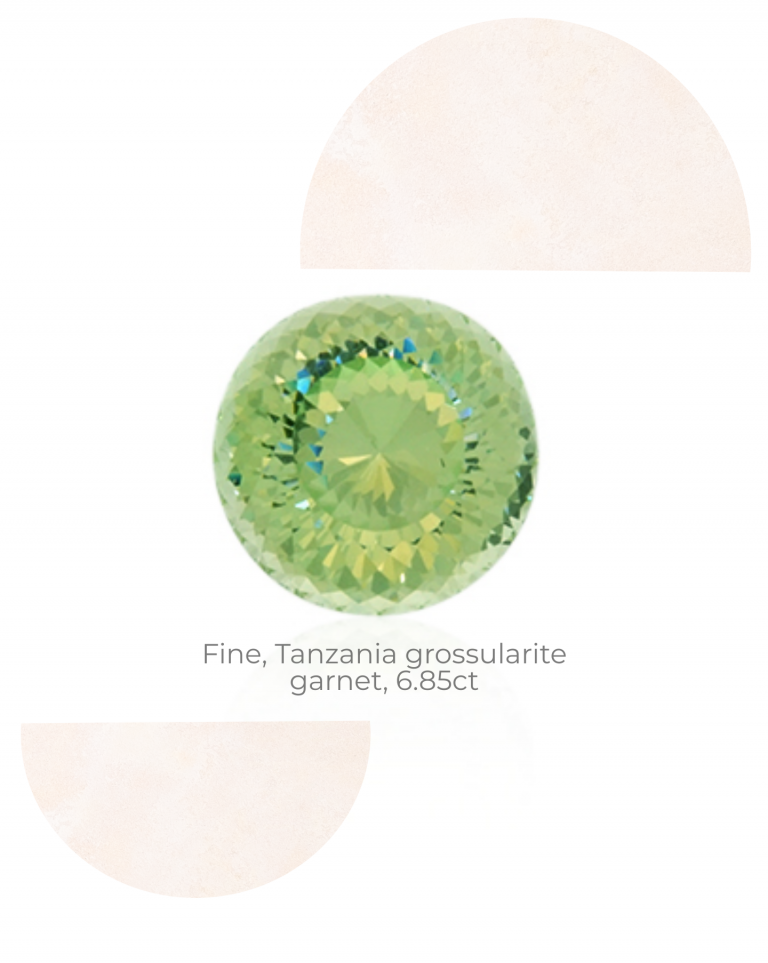 This fine mint garnet is a one-of-a-kind. I bought the rough from a Tanzanian miner and we cut the gem into a work of art. 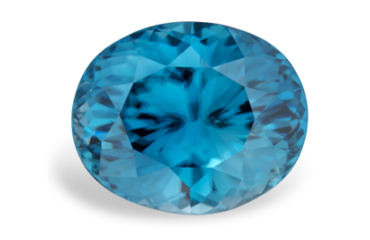 At the Zircon Mining Site 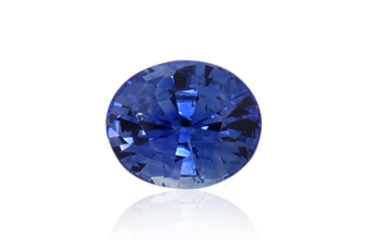 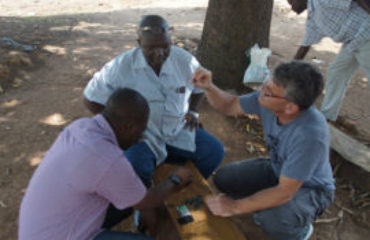