For many thousands of years, Amethyst, the most striking representative of the quartz family has been a jewel coveted by royalty. The Russian Empress Catherine the Great sent thousands of miners into the Urals to look for it.

In ancient times, Amethyst was carved and cut into sculptures such as, the bust of Trajan which Napoleon captured in Berlin. In earlier times, people liked to drink wine from amethyst cups, which brings us back to the stone’s protective function against alcoholism. The Greek word ‘amethystos’ means ‘not intoxicated.’ According to the ancient Greek saga, Diana turned a nymph whom Bacchus loved into an amethyst; hence the term Bacchus stone. Anyone wishing to protect a drunkard from his or her drunken stupor, mixed some pulverized Amethyst into the person’s drink.

The deposits with the greatest economic significance are in various parts of southern Brazil in neighboring Uruguay as well as in Zambia. Another major export country is Madagascar where some of the worlds finest Amethyst comes from. However, this gemstone is spread all over the world. Good specimens were found in Aztec graves, though the deposits from which they were extracted are no longer known today. On the Canadian side of Lake Superior in North America, there is a place named Amethyst Harbor. The violet quartz is found there in ample quantities, though rarely in gemstone quality. The fame of Idar-Oberstein, the German gemstone center, is based on domestic Amethyst finds. In earlier times, raw material was delivered there from the Zillertal Alps. Russian Amethysts, which were mainly mined in the Urals, were once famous for their particularly beautiful color, which shone magnificently even in artificial light. In Tibet there were Amethyst rosaries, for there the gemstone was dedicated to Buddha and was said to promote clarity of mind. In Sri Lanka, stones which have rolled down on their own accord are found in debris.

Amethyst has a hardness of 7 on the Mohs Hardness Scale and is suitable for most jewelry wear.

Amethyst is also known as the Birthstone for February! 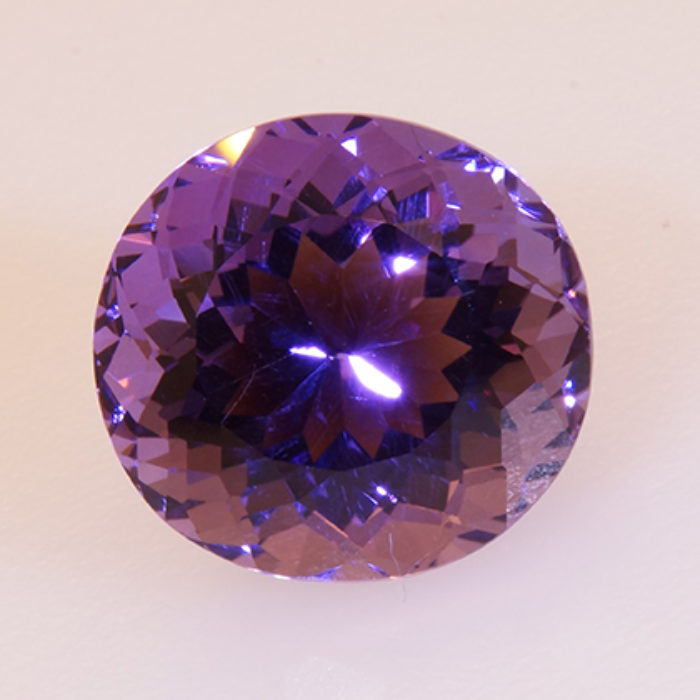