The name Citrine, is derived from the color of the lemon. Citrine’s beautiful, soft warm tones have indeed captured the rich earthy glow of autumn.

There are not many yellow to yellow orange gemstones in the world of jewels. There are Yellow Diamonds, Yellow Sapphires, which are in comparison to Citrine, very expensive. There is also a golden-yellow Tourmaline or Chrysoberyl, which tends towards a greenish yellow. There is also a Golden Beryl or a Topaz. However, as the most affordable yellow-golden gemstone is Citrine, which fulfills everyone’s color wishes, from lemon yellow to reddish brown.

In Europe, the boom on these yellow to reddish-brown crystal quartzes didn’t begin until, in the 1930s. Expatriate agate cutters from Idar-Oberstein sent large quantities of Citrine back home, along with Amethyst and Agate, from Brazil and Uruguay. Thus the golden-yellow quartzes made a contribution to Idar-Oberstein’s becoming and remaining one of the world’s great gemstone centers.

The most sought-after Citrines have a clear, radiant yellowish to brownish red. Like all crystal quartzes, Citrine has a hardness of 7 on the Mohs Hardness Scale and is thus, to a large extent fairly resistant to scratching. It also doesn’t break easy either due to its lack of cleavage.

The true color of Citrine is actually somewhat rare in nature. Most Citrines on the market have been heat treated. Specimens of low grade, inexpensive Amethyst or Smokey Quartz, are often heated to produce the more profitable orange yellow Citrine. Citrines whose colors have been produced by heating, sometimes displays a much more of an orange or reddish caste than those found in nature, which is usually a pale yellow. Much of the natural Citrine may have started out as Amethyst but heat from nearby magmatic bodies may have caused the change to Citrine.

Unfortunately for Citrine it is often confused with the more expensive orange-yellow Topaz and is at times sold as Topaz by unscrupulous dealers. This practice has soured many potential Citrine fanciers who see Citrine as a fake Topaz and not as the, beautiful and legitimate gemstone that it really is.

Citrine comes from many sources and are often found in conjunction with Amethyst. These sources include, Brazil, Uruguay, parts of Africa.

Citrine is the Birthstone for November. 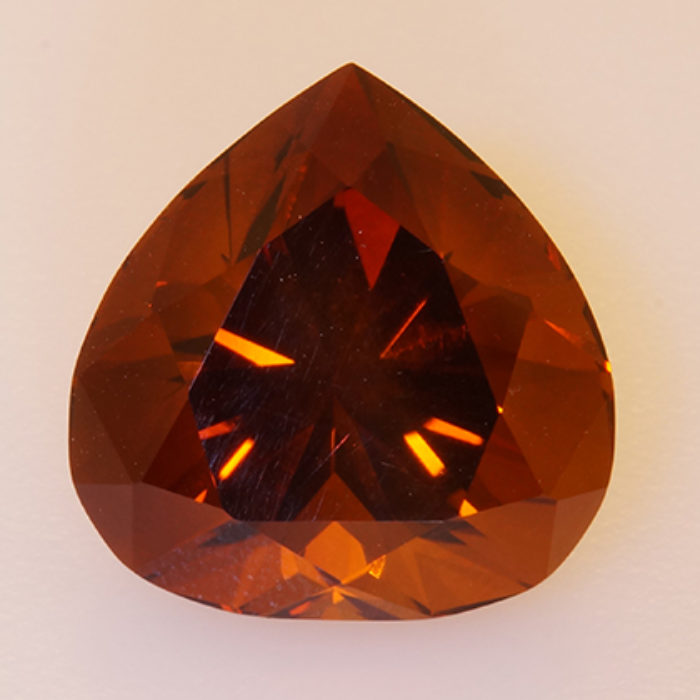