Spinel is a good candidate for the title of ‘History’s Most Underappreciated Gem.’ Some ancient mines that supplied gems for royal courts from Rome to China produced Spinel, but it was usually confused with better-known stones like Ruby and Sapphire.

Now treasured for its own sake, Spinel is a favorite of gem dealers and collectors on account of its brilliance, hardness and wide range of spectacular colors. In addition to beautiful rich reds, Spinel can be found in a range of gorgeous pastel shades of pink and purple. Of particular interest is a vivid hot pink with a tinge of orange mined in Burma. It is one of the most spectacular gemstone colors seen in any species at all. Spinel also comes in beautiful blue tones called ‘Cobalt Spinel’, but these are very, very rare.

In ancient times, the mines of central and southeast Asia yielded exceptionally large Spinel crystals. These fine stones became known as Balas rubies, and some of them were the treasured property of kings and emperors, often passing through many hands as spoils of war. As a result, some of the world’s most illustrious “Rubies” are actually Spinel.

One of the most famous examples is the so-called “Black Prince’s ruby.” This historic crimson-red gem is set in England’s Imperial State Crown and displayed in the Tower of London. Smoothly polished and roughly octagonal in shape, it was probably mined in the mountains of Afghanistan. It first appeared in the historical records of fourteenth-century Spain, and was owned by a succession of Moorish and Spanish Kings before Edward, Prince of Wales—the “Black Prince”— received the stone in 1367 as payment for a battle victory.

Another large Spinel in the Crown Jewels, the ‘Timur ruby,’ weighs over 350 carats. It, too, has a checkered history. Several Persian inscriptions carved into the gem testify to its age.

Spinel is a durable gemstone measuring 8 on the Mohs Hardness Scale. That is perfect for all jewelry uses. It is most often faceted in oval, round, or cushion shapes and is not currently found in calibrated sizes due to its rarity. 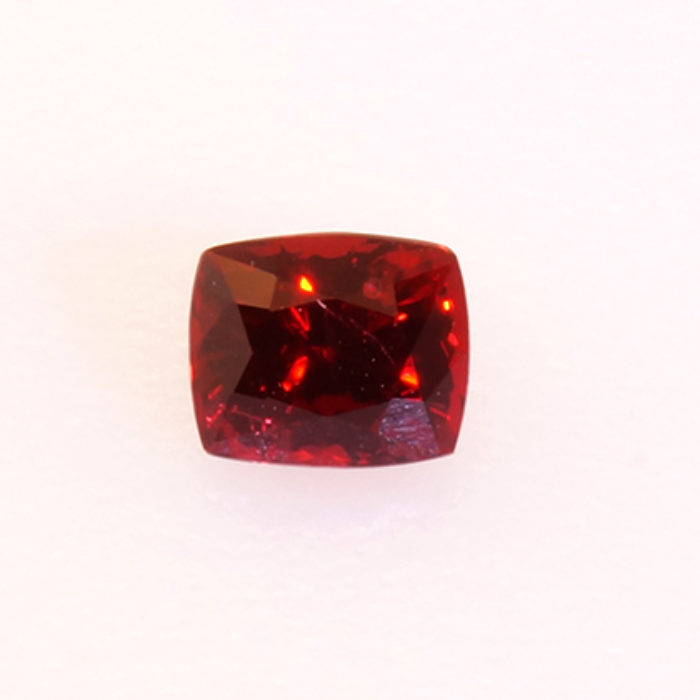